Reason #3 Why You Should Do Business Projections 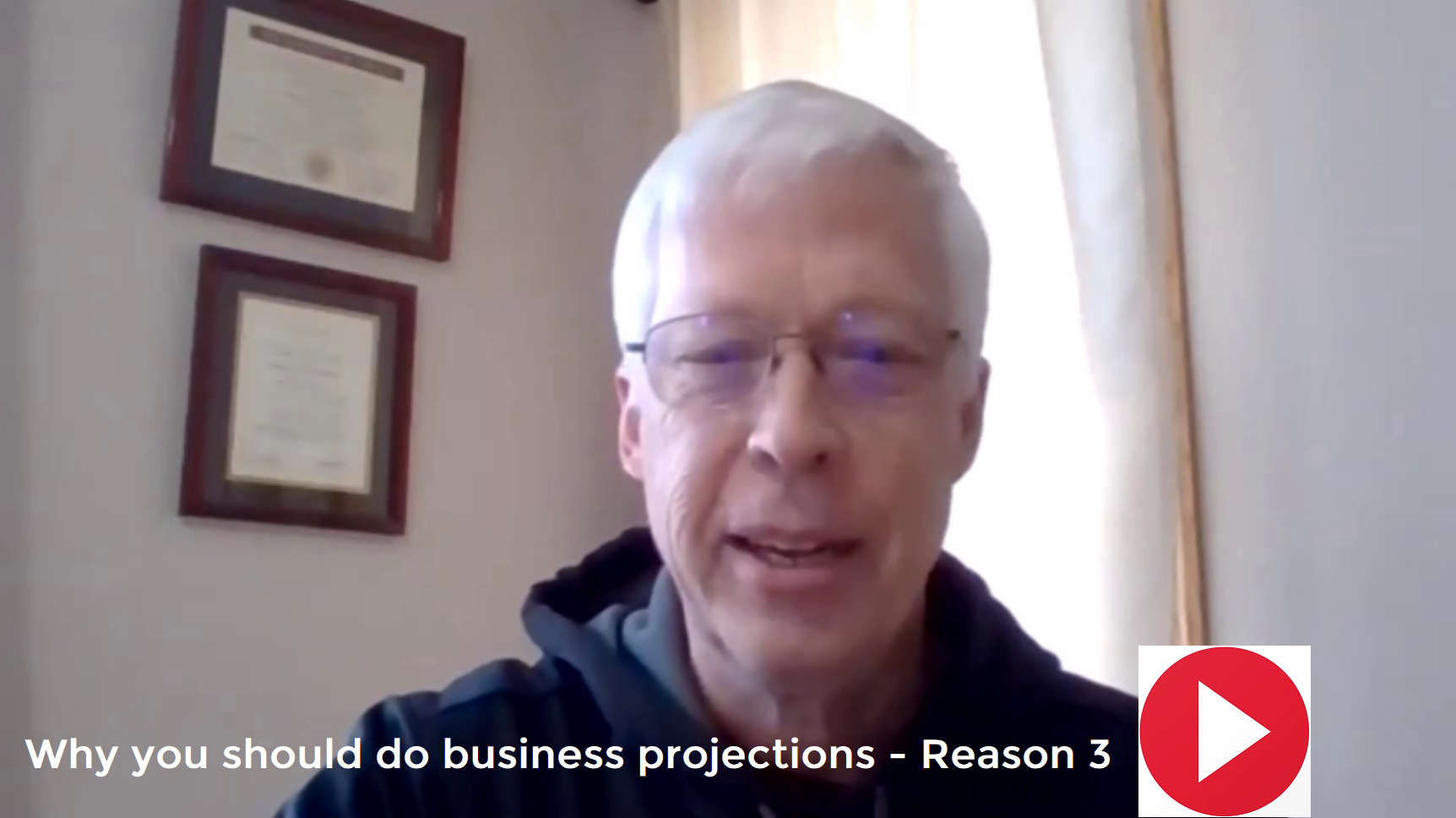 Roger discussed 10 reasons why you should do business projections. Here’s reason number three.


Roger Scherping: We’ll keep it going. OK, here’s number three. Lack of planning is a leading cause of business failure. This could be number one on the list because it’s so true. And there are lots of great quotes about planning, but I pulled out my three favorites. “Planning is bringing the future into the present so that you can do something about it now.” OK, I like that. That makes a lot of sense. I also like, Dwight Eisenhower. You’ve probably heard this one. This is a famous one. “In preparing for battle I’ve always found that plans are useless. But planning is indispensable.” So that’s a good one. But here’s probably my favorite. I didn’t even know who this guy is. John Harvey-Jones. He says, “Planning is an unnatural process. It’s much more fun just to do something. The nicest thing about not planning is that failure comes as a complete surprise, rather than being preceded by a period of worry and depression.”

Roger: So the best way to plan for business success is to do a business projection, a monthly projection. Like Eisenhower said about plans might be useless, well, you know, your plan won’t be 100% right. I guarantee you it will change in the second month. But you keep adapting, you keep changing it, and you keep following it, and you keep trying to hit that goal that you set at the beginning. It just won’t be a straight line, it may go like this, but, you know, you’ll still get there.

Steve: But if you continue to make the right decisions, eventually things go in your way. There’s, you know, variance in life, there’s variance in business, there’s variance in poker – you can make right decisions, but it can go either way. But if you continually make right decisions, the probability that you’re going to succeed goes way up, and I think about that. As I’ve done business coaching, and I know, Roger, you’re very involved in that, too, and you know, people are choosing between two different options for a new product or a new service, and I ask them how they’re making their decision, and they have no idea. And then you start asking the right questions, you start using tools like you have and saying, let’s project this out, let’s make some assumptions, and one is like ten times more profitable than the other. But it was probably 50/50 on which one they were going to choose before that.

Roger: You just said two of my upcoming ones, so very good.

Roger: So one of the funny things that happened to me recently, somebody said, you can’t call your banker on Thursday night and say, um, I can’t make payroll tomorrow. It doesn’t work that way. You have to plan. You have to plan if you want to succeed.

Listen to Roger’s previous reasons on our YouTube page.


You can hear the entire podcast here.