Bruce Roles is a mechanical engineer with a solid background at manufacturing companies in the rubber, concrete, and precision tooling industries. In his roles as Director of Operations he has developed extensive experience with Lean, ISO, Continuous Improvement, and EOS (Entrepreneurial Operating System). When he found himself in transition in late 2019, he devoted himself wholeheartedly to his job search, networking extensively with people in the community with close ties to manufacturing companies.

That is, until he began hearing about the “fractional space” and the “gig economy.” He explored this growing area of the American economy, and it intrigued him. Bruce met with people who could explain to him how the gig economy works, and by February he had expanded his networking to include fractional opportunities.

He created an LLC, got some business cards, created a logo, and did all of the other things that a person does when they start a company. When the pandemic hit in March, he didn’t even slow down.

He continued to network for both full-time jobs and consulting gigs, but by mid-May he had decided to “plant his flag” and go out on his own as an independent consultant to small manufacturing companies. He felt that was where his passion was. People he networked with told him they could see it in his eyes when he described his desire to use his years of manufacturing experience to help companies grow.

So Bruce stopped networking to find a job and instead started looking exclusively for consulting opportunities. He was pleased to find that there were lots of people who were happy to help or partner with him as he built his business.

Bruce was no stranger to having his own business as he had had his own home repair and remodeling business years earlier. He wrote a business plan for his new venture, but, while he is comfortable with numbers and his ability to read financial statements, he was struggling with how to put the numbers together for his new company.

He had tried using a spreadsheet to come up with answers, but then someone told him about an upcoming ProjectionSmart workshop. There he saw a demonstration of our Startup financial tool and realized that this was exactly what he was looking for.

“I didn’t have to create anything,” Bruce said. “I did it that night. I had all the data I needed, so I plugged it in. I saw things I needed to change, so I just tried different scenarios to see what would work best. It was try, change, and see the results. Startup painted the whole picture for me. It was perfect.”

Bruce used the results to transfer the required amount of money into his business account. He landed his first client in June, and he has already paid back the loan he gave himself to start the business.

“Startup gave me the roadmap for the financial side,” Bruce said. “It helped me connect the dots. It gave me the confidence I needed to pull the trigger and go out on my own. It told me what to expect so I could relax and jump into my first gig knowing that I understand the numbers of my business.” 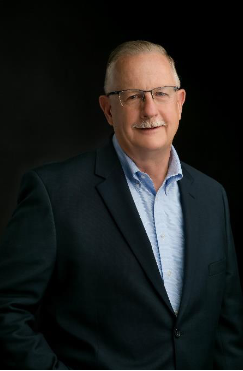